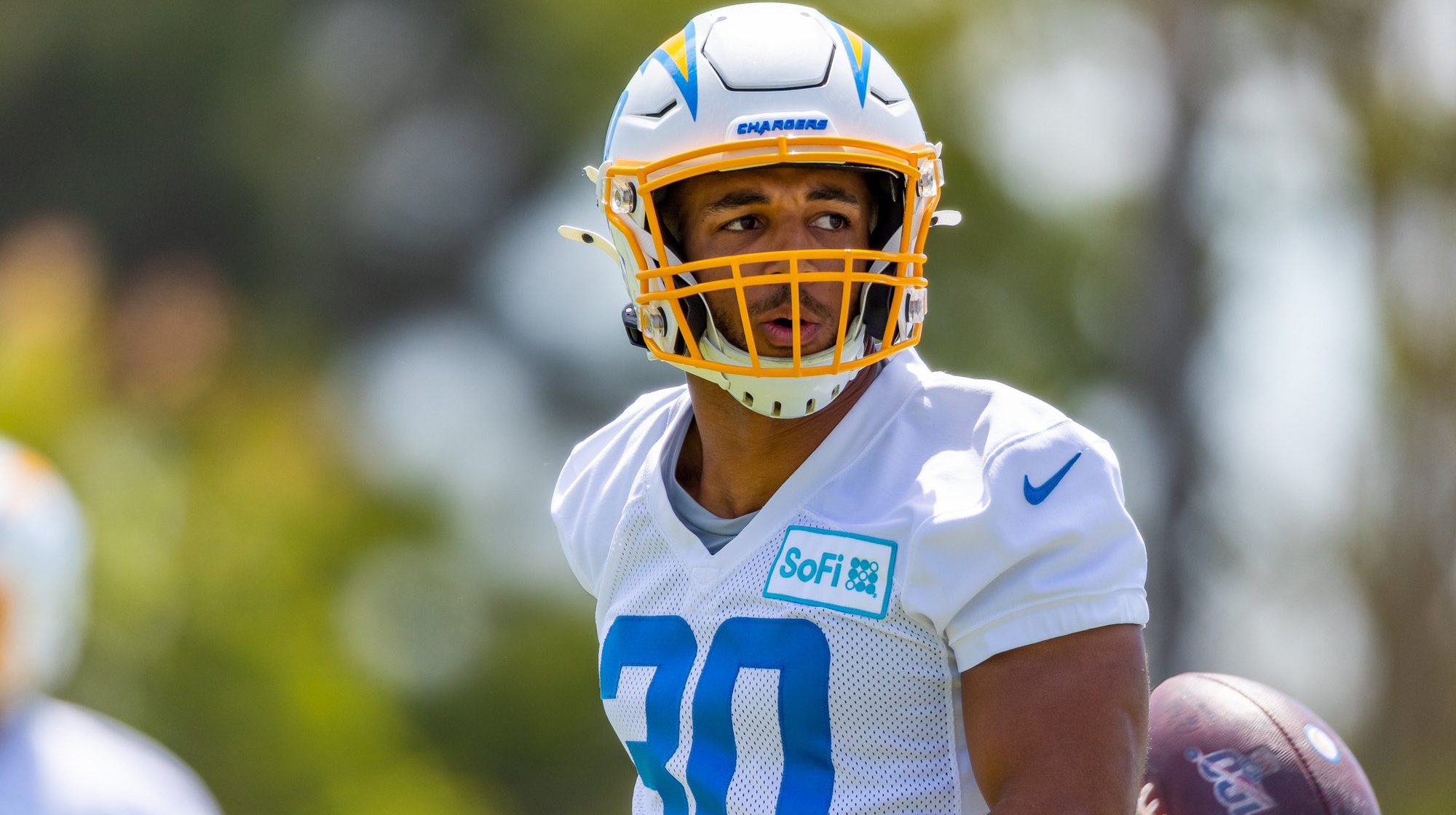 The Los Angeles Chargers’ 2019 season didn’t go as planned. Running back Melvin Gordon held out to begin the year and star defensive back Derwin James missed the first 12 weeks of the season with a foot injury. Quarterback Philip Rivers remained a gunslinger with his 7.8 YPA and 8.6 intended air yards per throw last season, but his arm strength and accuracy have lessened over the years, evident by his career-worst interception percentage of 3.4%. Gordon wasn’t very effective on the ground, averaging 3.8 yards-per-carry, although his holdout led to the breakout of Austin Ekeler. Ekeler averaged 4.2 yards-per-carry on 132 attempts while adding 92 receptions for 993 yards and 11 total touchdowns. Keenan Allen put fourth another solid, albeit frustrating at times season. He finished as WR6 in PPR leagues, but failed to top 55 receiving yards five times between Week 4 to 9. Mike Williams was very hit or miss last season, finishing the year as WR41 in PPR. Despite only appearing in 12 games, tight end Hunter henry still finished ninth amongst tight ends in PPR.

How will the team’s quarterback situation shake out?

To begin the season, it sure seems like Tyrod Taylor has the inside track to start at quarterback.

It’s been a while since Taylor has seen some consistent game action as the veteran QB threw just six passes last season. Taylor, however, is very limited in what he can do as a passer. His yards-per-attempt has finished below 7.0 in each of his last two seasons as a starter, and he is certainly not a QB that will take over a football game.

First-round QB Justin Herbert will likely takeover at some point this season as the Chargers gauge what they have in the gunslinger. Herbert’s 6’6”, 239 lbs frame, big arm and mobility make him a very intriguing prospect. He’s not a perfect prospect as working through his progressions and deep-pass consistency are areas that need improvement. My guess is that exiting the team’s Week 10 bye, Herbert will assume control of the offense.

Williams is a jump ball, contested catch machine. Last season, he finished with the second least separation yards per target in the NFL with 2.0. Having Rivers at QB was both a blessing and a curse. The veteran still chucked the ball downfield a ton, the issue was he clearly didn’t have the same touch on his deep balls. In 2020, Williams will start the year with Taylor, and that’s concerning for Williams.

His 17.4 average targeted air yards led the NFL in 2019, but I have serious doubts his deep-threat style of game will mesh well with Taylor. He’s currently WR49 in Yahoo Drafts with an ADP of 126.6. I’m not picking him often in drafts or mock drafts.

Can Austin Ekeler finish as an RB1 again?

Ekeler did more than just fill in for Gordon who held out to start the season. The guitar star posted more than 100 all-purpose yards in three of the first four games of the year. His 92 receptions and 993 receiving yards trailed only Carolina Panthers All-Pro Christian McCaffrey in each category.

The switch to Taylor will likely benefit Ekeler. Taylor, known for not stretching the field, will likely rely on shorter passes which plays perfectly into Ekeler’s skillset as a reliable target out of the backfield. During Taylor’s final season with the Buffalo Bills in 2017, LeSean McCoy led the team in receptions with 59. It’s worth mentioning the Bills trotted out a horrendous WR group that season, but nonetheless, McCoy was Taylor’s go-to target.

Is Hunter Henry a nice value at tight end?

I wouldn’t call Henry a value in fantasy football drafts right now, his ADP in Yahoo leagues is 67.2. Henry is someone, though, that is being fairly valued at the TE position. He finished 8th in points-per-game in PPR leagues last season amongst TEs, and turning just 26 this year, he’s entering the prime of his career.

During Taylor’s three-year tenure as Buffalo’s starter, his No. 1 target was TE Charles Clay. Clay hauled in 157 passes, which is more than Henry has caught over his three years in the NFL. A big, reliable target, Henry should mesh well with Taylor.

For as good of a receiver Ekeler is, he isn’t made to handle the lions-share of the carries. He’ll likely need to be spelled on some early-down work, and with Melvin Gordon gone, I see Justin Jackson assuming the majority of those 162 vacant carries. He was a force all four years he spent at Northwestern University and possesses good burst and agility. He’s a great last-round target as he is currently RB61 on Yahoo with an ADP of 132.8.

Not loaded with many high-end fantasy options, the Chargers don’t really have anyone going ridiculously higher than they should be.